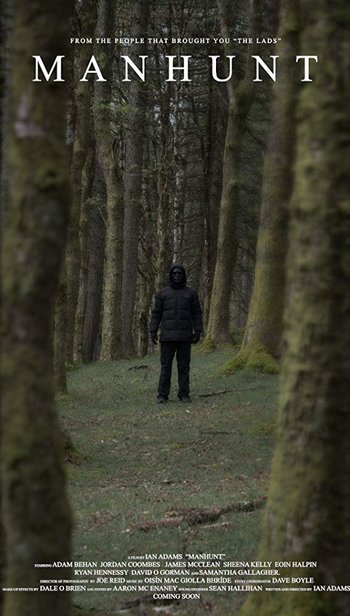 Manhunt is a 2019 Irish film, written and directed by Ian Adams in his sophomore effort after The Lads.

Seven childhood friends reunite to celebrate the birthday of one of their sons. A night of drinking and reminiscing ensues, and everyone goes to bed nostalgic.

The next morning, they wake up in the middle of a forest, and there's a masked man hunting them down one by one.

The full film can be watched here

Not to be confused with the video game, nor the 2008 Norwegian horror Rovdyr, which was called Manhunt in English-speaking countries, or with the John Woo movie from 2017.