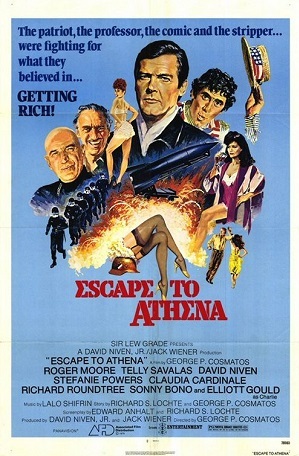 The film takes place during the Greek side of World War II circa 1944, in one island under the Nazi influence. Local members of the Greek Resistance conspire with the prisoners of a POW camp to take it over and cause an uprising against the invaders. Then it is off to a monastery on top of a mountain to claim its riches.