Film / Art of the Dead 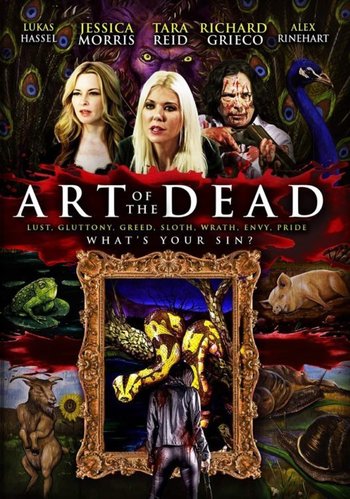 When Dylan Wilson purchases a collection of seven paintings to hang in his wealthy estate, he has no idea what horrors he has unleashed for himself, his wife, Gina, his college son, Louis, his teen-age daughter, Donna, and his two little kids. Only Father Mendale knows what evils lurk inside this deadly art and the history of Dorian Wilde, the artist who made a pact with dark forces when he created these paintings that represent the seven deadly sins. Now, anyone who comes in contact with these pictures are corrupted by Pride, Lust, Gluttony, Sloth, Greed, Envy, and Wrath. It's up to Father Mendale and Louis' girlfriend, Kim, to save Dylan and his family before they are all destroyed by the Art of the Dead.