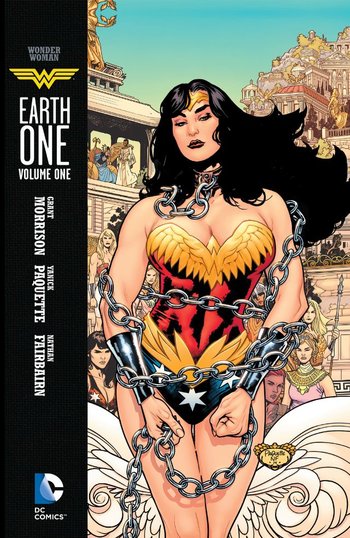 Wonder Woman: Earth One is a 2016 graphic novel from DC written by Grant Morrison and illustrated by Yanick Paquette. The fourth title in DC's Earth One line after Superman: Earth One, Batman: Earth One, and Teen Titans: Earth One, it aims to tell the story of Princess Diana of the Amazons for a new generation.

Volume One shows Princess Diana being put on trial by her mother due to leaving Paradise Island and having her first experiences in "Man's World" after rescuing Steve Trevor, who crashed on the island.

Volume Two shows how people has reacted to Diana and how she starts to see the corruption and selfishness of Man's World while the US Government makes plans in case Diana and the Amazons become a threat to the United States.