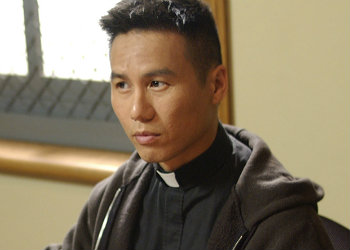 The chaplain of Oswald State Penitentiary. He is a Catholic priest who graduated at the top of his class at the Pontifical Gregorian University in Rome. He was initially serving under Cardinal Francis Abgott who called him his "Great Yellow Hope". Abgott's extremely conservative views clashed with Mukada's more idealistic ones. After disagreeing with the Cardinal a few times too often, he was transferred to Oz, which "extinguished" his career as a priest. He works alongside Sister Pete, trying to help the prisoners in Oz. Although Father Ray Mukada and the Christian group have some issues about religion, Father Ray still tries his hardest to make life in Oz a little easier for the inmates. He has been noted for several attempts to straighten up the inmates from drug addictions, murders, etc. He is still the main religious authority in Oz. Although it was forced upon him, he appears to grow into the role of a spiritual guide over time and firmly believes that his work is important. 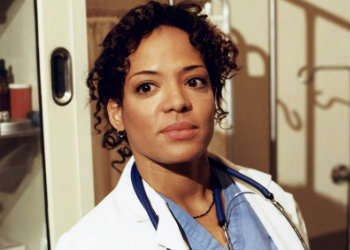 A prison doctor who leads the prison hospital in providing care for several of the inmates within Oz. A good person, she deals with conflict all the time, whether it is from the inmates such as Ryan O'Reily, or state medical boards. 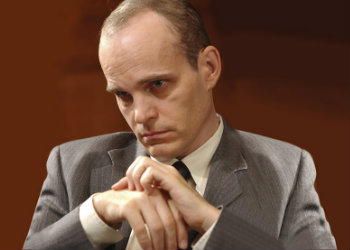 "Justice has been served!"
Played By: Željko Ivanek

The governor of an unspecified U.S. state. After campaigning on a law and order platform that includes "no perks for prisoners", Devlin enacts legislation designed to emphasize punishment in the state's correctional system. Devlin's draconian measures make him a figure hated by Oz's inmate population, and by several staff members.

Devlin is frequently shown as opportunistic and morally dubious, using strict legislation to deflect attention from his illicit activities. Despite his political image, Devlin is shown as a sadistic elitist only out for himself, an image he doesn't bother to hide in private. He knows that the public views him as such but will vote for him because he gets the results they want. 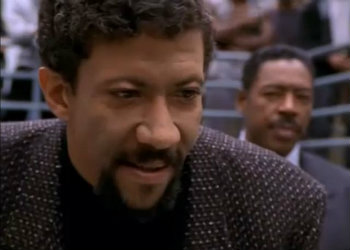 A jaded and results-oriented black man, Querns is hired by Glynn after pressure by community leaders to hire an African American Unit Manager in Oz. Querns, as told through a conversation to Adebisi, is only different from the black inmates in that he has been smart enough to have never been arrested for dealing drugs. The complete opposite of McManus, he believes that drugs are good for the prisoners because they subdue them until they are incapable of any discipline problems. 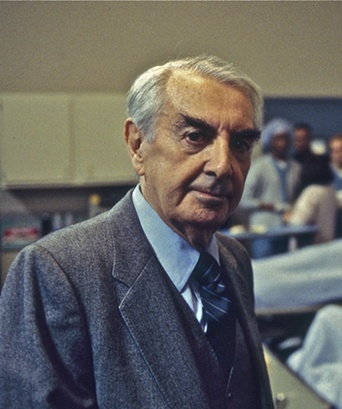 A doctor put in charge of the medical ward after Devlin made a deal for a private contractor to take over the medical care of prisoners.

A liaison to Governor Devlin assigned to the prison administration in Season 5. She also happens to be McManus's ex-wife, who he divorced so he could create Em City.