The IMF has many great agents, but great agents need greater leaders. These are the leaders throughout all Mission: Impossible films.

Played By: Henry Czerny
Dubbed in French By: Jean-Daniel Nicodème
Appearances: Mission: Impossible (1996)
"Everyone has pressure points, Barnes. You find something that's personally important to someone and... you squeeze."

The chief of the IMF in the first film.

Played By: Billy Crudup
Dubbed in French By: Fabrice Josso
Appearances: Mission: Impossible III
"I know we've joked about it, but I'm always this close on begging you to stop training our people and get your ass back in the field."

An old friend of Ethan and an IMF veteran agent. 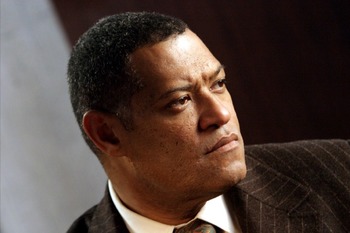 Played By: Laurence Fishburne
Dubbed in French By: Paul Borne
Appearances: Mission: Impossible III
"You can look at me with those judgmental, incriminating eyes for all you want, but I bullshit you not. I'll bleed on the flag to make sure the stripes stay red."

Ethan's superior during the third film.

Played By: Tom Wilkinson
Dubbed in French By: Jean-Yves Chatelais
Appearances: Ghost Protocol
"Ethan, you're my best man. And I'm sorry it's come to this, after all the sacrifices you've made. If we don't meet again, I just want you to know... I will always consider you a friend."

The boss of the IMF. 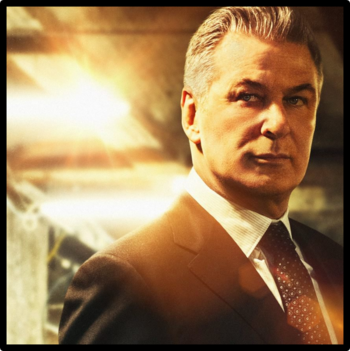 "I'm beginning to see why you guys enjoy this so much."
Played By: Alec Baldwin
Dubbed in French By: Bernard Lanneau
Appearances: Rogue Nation | Fallout
Chairman: I'm not sure the Committee approves of your methods, Director Hunley.
Hunley: Desperate times, desperate measures, Mr. Chairman.

Former Director of the CIA. He strongly disapproves of the IMF and tries to shut it down and merge all employees with the CIA itself. However, after Ethan goes to great lengths to prove that the IMF is still needed and they are indeed effective in what they do, Hunley relents and shows full support to the IMF, becoming the new Secretary in charge of the organization after the previous one is killed in Mission: Impossible – Ghost Protocol.