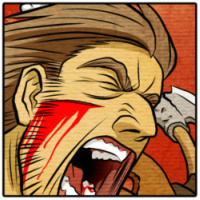 A calm and collected individual... mostly.

The lone survivor of Battleshire, Byron the Berserker is a calm, rational fighter cursed to go into a raging bloodlust if he cannot control his emotions. He acts as leader of the group for a time, until his curse is revealed and he passes official command to Syr'nj. He is still an effective field commander and leader, however, and creating an Adventurers' Guild was largely his idea. 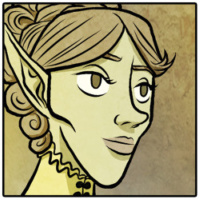 A member of the royal family of wood elves, Syr'Nj is an alchemist and healer who left elven lands to prove that humans were worth saving. In the process, she became part of (and then leader of) the Peacemakers. After the attack on her ancestral homeland, she became leader of the wood elves, representing them on the Gastonian council. 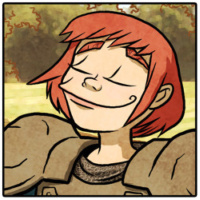 A calm and collected individual.

As a foul-mouthed youth, Frigg was sent to the Sisterhood of the Perpetual Bloodshot Eyeball to learn her place in society. She escaped, beat up a knight for his armor, and started adventuring. After she ran afoul of the Sisterhood again and defeated the Mother, the survivors began looking to her as an icon and a leader, to her intense displeasure. She joined the Peacemakers out of a surprisingly pure desire to keep her friends safe and protected. She has the power to conjure magickal constructs out of her own self-confidence, and a cryptic spirit guide who she finds annoying. 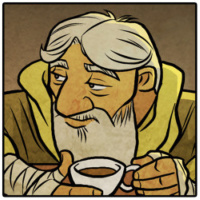 The last of the Savasi mystics, Gravedust is perhaps the only dwarf opposing the World's Rebellion. He is calm and collected in all things, and uses his spiritual powers to provide the dead with final rest. 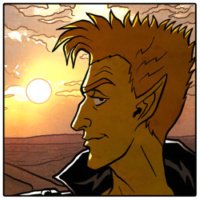 Payet Best was a humble and friendly young man until a bit of confusion behind a prophecy ended with him believing that he was the Chosen One. After some time of having everything handed to him on a silver platter, the friendly man was replaced by a colossal douchebag who thought he was the only important person in the world. That being said, he was still a powerful bard and gifted warrior, and was very helpful during his brief stint with the Peacemakers. 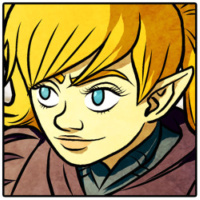 A gnomish thief who was first encountered robbing Syr'nj, she was able to earn her admission into the group after helping them escape from a prison cell/accidental death trap. She is friendly, kind, and more than a little kleptomaniac, but she tries to suppress her darker natures in order to fit in better. 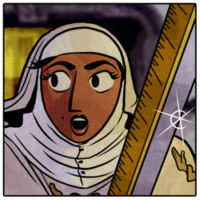 One of the nuns of the Sisterhood of the Perpetual Bloodshot Eyeball, Rachel saw the light when she witnessed Frigg set her leader on fire. She decided to follow the woman in every way, even trying to talk and act like her, which annoys Frigg to no end. She has similar magickal abilities to Frigg, though hers tend a bit more towards healing than offense. 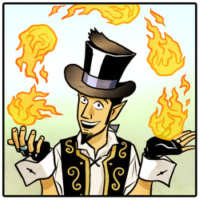 A street magician with real magick, E-Merl uses his minor spells combined with his impressive cunning to create clever tricks that are quite useful in combat. He can be a bit awkward socially at times, but he joined the Peacemakers for all the right reasons. 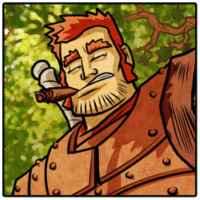 A man of few words.

The "Savage Races" at war with Gastonia for the very real racism that the humans have shown them in the past. They are led by Harky, troll avatar of the god Tectonicus, but also count goblins, gnolls, land sharks, and even dwarves among their number.

Avatar of the god Tectonicus, Harky is the High Chieftain of the World's Rebellion. He is a troll blessed with healing abilities excessive even by their standards, and possesses the wisdom necessary to lead his multi-racial coalition.

Penk, initially a drummer and temporarily Harky's herald, is the newest avatar of Tectonicus and the leader of the World's Rebellion champions, their answer to the Peacemakers.