Main Character Index
Page for characters that are specific to the IDW comic book Ghostbusters.

For the characters who first appeared in the 1980s films, see Ghostbusters (Film Series). 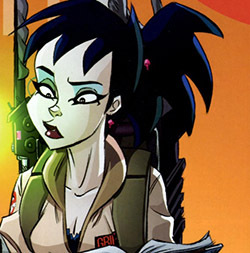 Kylie is an employee at Ray's Occult Books that Ray hired to manage the store while he's off doing Ghostbusters stuff. She helps Ray over the phone with research into the occult using the store's books. Later when the Ghostbusters go missing Janine hires her to sub for the boys, and she acts as backup several times after. 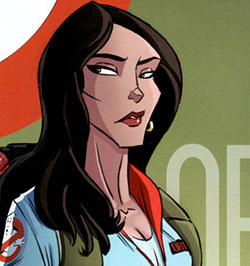 Special Agent Melanie Ortiz was an FBI agent that ran into the Ghostbusters while they were investigating the ghosts of aliens in Roswell, New Mexico. Later when she's on vacation in New York Ortiz joins the Ghostbusters to fill in for the missing team. After they return Ortiz stays on the team as a liaison between the Ghostbusters and the FBI. 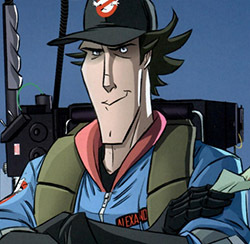 Ron Alexander stole the schematics for the Ghostbusters equipment, built his own gear, and started his own rival company, The Ghost Smashers. The Ghost Smashers quickly became more popular since their packs disintegrated the ghosts instead of merely stunning them. Of course, this corner cutting backfires horribly, leading to a massive build-up of spectral energy that almost destroys Manhattan. Afterwards Ron is arrested, but gets released when the New Ghostbusters need someone to repair the packs. 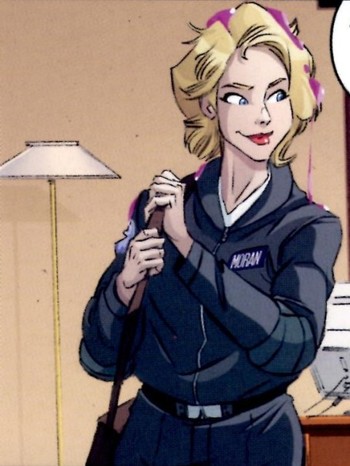 One of three ladies Ron Alexander hired to staff his Ghost Smashers. Despite that enterprise going south in a hurry, Jenny managed to strike up a relationship with Ray Stantz that quickly developed into a romance. She subsequently appeared as a backup Ghostbuster, and landed a job as the PCOC (Paranormal Contracts Oversight Commission) liaison to the Ghostbusters...

Then she died. She got better, sort of. 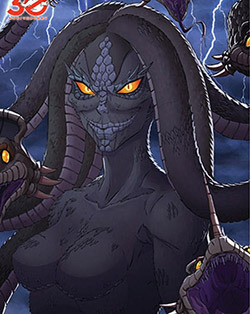 "When I first came back to this plane of existence, it was mostly curiosity. The same worms that once worshiped us could suddenly rip holes in the fabric of the universe... and beat you soundly. I wanted to play with them."

Tiamat is the sister of Gozer and the one to originally banish him from Earth. When Gozer is defeated by the Ghostbsters, Tiamat takes an interest in the planet and the Ghostbusters and invades Earth for fun. 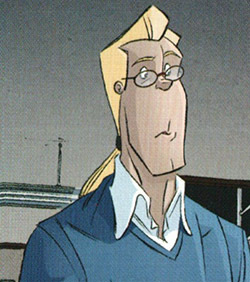 Janine's boyfriend in the IDW comic, who looks suspiciously like Egon with a blond ponytail.