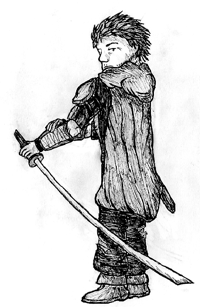 "Right, who's up for destroying Tokyo?"
Played by: Prime