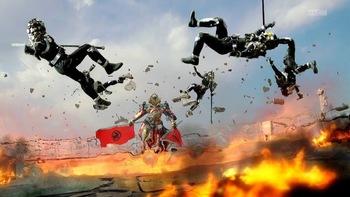 Outnumbered, but not outmatched.
It seems that samurai-themed Tokusatsu have a habit of having at least one awesome moment per episode.