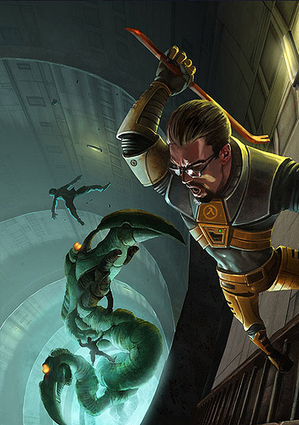 Gordon Freeman isn't a supersoldier. He's just an ordinary man who took on a giant tentacle monster... and won.