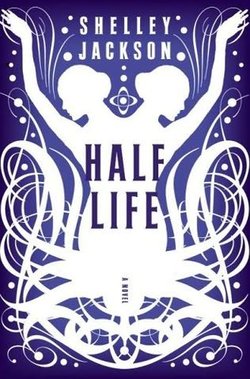 Half Life is a 2006 novel by Shelley Jackson. It is set in an Alternate Universe in which the United States government, after Hiroshima and Nagasaki and the early H-bomb tests, announced the need for “penitence”. Hence, “the Sadness”, an intense period of bombing itself with nuclear weapons. The result is a dramatic uptick in genetic mutations, and especially Conjoined Twins.

Nora Olney, the novel’s protagonist, is one (of two) of those twins, not too surprising since she was born in Too Bad, Nevada near one of the Sadness targets. Her twin, Blanche, has been unconscious for fifteen years, the reasons for which are slowly revealed in the course of the story. While she’s a “twofer”, Nora secretly harbors a wish to be a “singleton”, the out-group name for non-conjoined individuals. This wish gains in urgency when she comes to suspect that Blanche is waking up. A friend informs her of rumors emanating from England, stories of a Unity Foundation that exists to grant wishes such as hers, and the anonymous criminal “Dr. Decapitate”, who specializes in just such work. So Nora and her unwanted sleeping beauty baggage go on a road trip.

Not related to the video game of the same name.