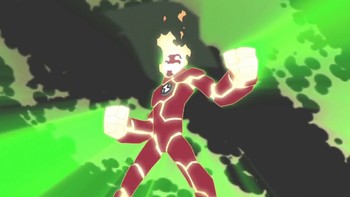 Heatblast has Ben freaking out about it.
Advertisement:

Now has it's own page.