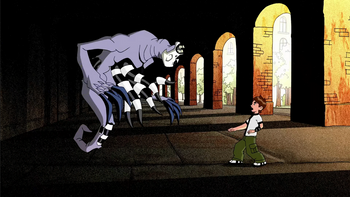 If they thought I was a freak before (ignites hand)...just wait....(Evil Laugh).
— Kevin 11
Advertisement:

Let's face it, a meta-series about Aliens has to involve some horror at some point.