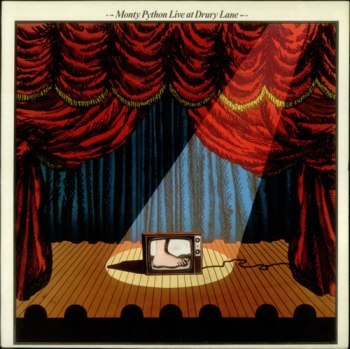 Monty Python Live at Drury Lane is a 1974 album by Monty Python and their second Live Album. It was recorded at Drury Lane Theatre in London and features mostly sketches and songs from Monty Python's Flying Circus. Most of it are exact renditions of the TV versions, but here and there the Pythons offer some slight variations in delivery, extra lines, Audience Participation or Improv. Other sketches are material from their student stageshows at Cambridge and Oxford and At Last the 1948 Show.