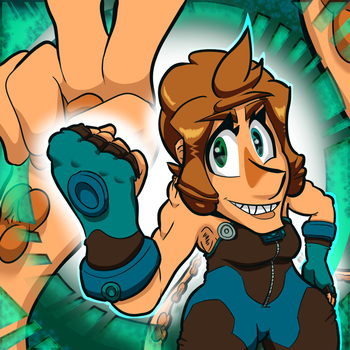 Turns out having an extra pair of hands IS convenient!
Advertisement:

It's been hundreds of years since the first super human appeared, and since then the world has been fascinated by these individuals with amazing powers. Suzanne Incirrina was an aspiring marine biologist until the fateful day she mutated to have four extra octopus-like arms. Now she is going to be catapulted into the chaos and drama of the super hero world.

The first of a four-part series of webcomics, Surprising Octeal is a superhero webcomic following a young woman with octopus powers training to be a hero and find a cure for "Power Madness", an ailment that largely seems to affect multi-limbed supers like her. The comic updates on Webtoon

Sometimes, bad or good, change WILL happen, and you should be humble enough to accept it when it does...