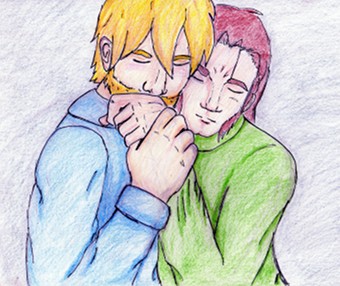 Superintendent by spiritfox94 is a Slash Buildingverse Fan Webcomic. It began as a perspective flip from the POV of Superintendent Jean Valjean but drifted towards the exploration of his (Ho Yay and in the parent series Omake) relationship with (ex-)Inspector Javert.

This comic still features the whole main cast of its parent series so Jareth, Erik and James Norrington and also Morgan but adds more characters from Les Misérables and other sources like The Hunchback of Notre Dame (for Popcultural Osmosis reasons designs mostly taken from the Disney adaptation).