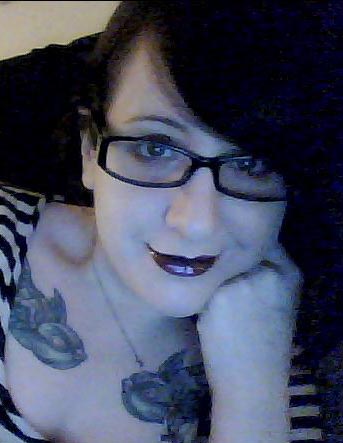 Pushing Up Roses (Sarah Wilson) is a writer/artist/humorist/video producer. Her Website, PushingUpRoses.com

was launched during the summer of 2009. Her videos can also be found on her Youtube page here

. She is known for her show, "Let's Play Shortys", which goes up on That Guy With the Glasses and youtube. The show features her playing games that have been either lost into obscurity or mediocrity, and often has a co-host. Co-hosts include Paw Dugan, Pat the NES Punk, Obscurus Lupa, Oancitizen, PeanutButterGamer, Todd in the Shadows, and The Cinema Snob.

After Angry Joe's departure from Transmission Awesome (the official podcast of TGWTG), Roses joined the cast along with Y: Ruler of Time.

On January 1st, 2013, Roses announced her retirement from TGWTG.com and subsequently joined Retroware.TV; shortly afterwards, she began a series called "Second Look", looking at some popular-back-then games and deciding if they warrant a return. Eventually, she transitioned away from doing Let's Play videos, outside of the occasional crossover with Lazy Game Reviews, and now focuses more on reviews and video essays on film and television in addition to the occasional video game. More recently she has started a series reviewing episodes of Murder, She Wrote and, occasionally, The Golden Girls. She also speaks frequently about her struggles with body dysmorphic disorder, depression, and suicidal ideation; she has plans to publish a memoir going into further detail about these experiences.