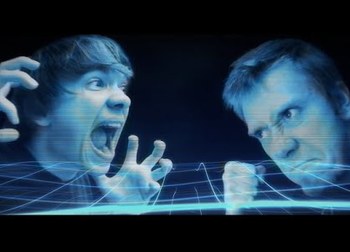 Damian and Kyle (left to right)

"Well hello there, and welcome to a new episode of Pwnage! Where I play a random video game, with my friend Kyle."
—Damian

is a channel created by Damian (makemebad35

) and Kyle (twelthofadime). Their videos consist of them competing in various games as well as occasionally doing a full Let's Play.

Tropes that apply to this channel:

Thank you for reading our TV Tropes page, if you liked it give us a thumbs up, and send this page to your favorites!