Webcomic / Not So Shoujo Love Story 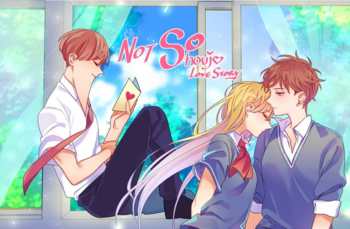 Not So Shoujo Love Story is a comedy-romance comic by Curryuku.

It revolves around protagonist Rei trying to win the affection of her crush Hansum - while simultaneously warding off the love-struck shenanigans of her rival-turned-admirer Hanna.

The comic is available for free on Webtoon

Not So Shoujou Love Story contains examples of: