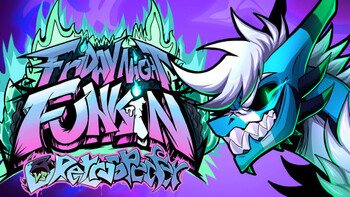 "Prove your worth, and you can pass my gates of Wrath."
Advertisement:

is a Friday Night Funkin' Game Mod created by RetroSpecter

This is Part 1 of the mod, with further updates planned to add phase 3 to Retro's week, and weeks for the rest of the in-universe Seven Deadly Sins.

On February 5th 2022, the mod was updated, adding a minus mode with a new week to coincide.

On August 27th, also being the 1 year anniversary of the mod first being released, the whole mod was ported to Psych Engine, along with adding a few extra bonus songs.

that the next update would be the last major update adding the third phase to Retro's week and that none of the other sins would get their own weeks due to burnout from fnf content and desire to move on to other content.

Minus Week Wrath (Vs. Metro)