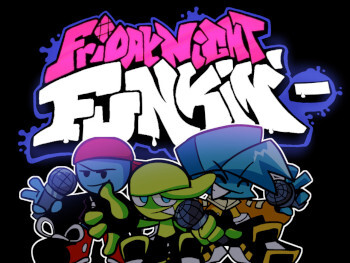 Friday Night Funkin' Minus is a Friday Night Funkin' Game Mod that changes character designs to look more like their icons, often taking some creative liberties with it, like turning Pump into Skid's puppet, or giving Pico a dinosaur costume. There is also an option to play as three different Boyfriends: Beta, Blue, and Mean. It is available on Gamebanana