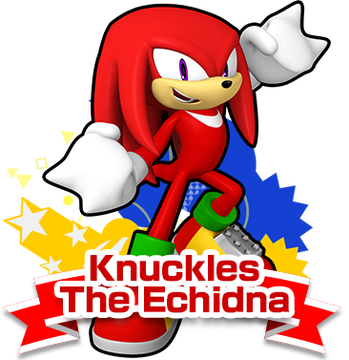 They don't call him Knuckles for nothing.
Alexandria: This "Odious" — he bad man?
Roy: Oh yeah.
— The Fall
Advertisement:

As an example, it is common to use for heroic characters names associated with hunting. So, apart from Hunter, which is a valid first and last name in English, you can use a translation to another language (Jäger, or the phonetic Yeager), the name of a predatory animal (Wolf, Hawk), a translation of the latter (Wolfe, Lupin, Lupis, Wulf) or Orion, the constellation of The Hunter. Which is kinda cool, which is why this can double up with Awesome Mc Cool Name.

Sometimes used more subtly; the Meaningful Name only becomes obvious in hindsight, but when the clincher is revealed it's a moment of "Now, how did I miss that?"

Very common in cartoons, where the meaning is most times not hidden at all, except that the target audience may not have the vocabulary to get the joke. Also common in Anime, since Japanese names have a lot of obvious literal meaning to start with.note Technically, most Western names do, too, but since a lot of them — especially those of English speakers — are meaningful in some other language such as Hebrew, Latin, or Gaelic, the meanings tend to be missed unless specifically mentioned. See notes at Theme Naming.

". The magazine New Scientist refers to it as "nominative determinism" in a tongue-in-cheek manner, and encouraged people to send examples in. (Until they utterly swamped by examples and had to repeatedly beg for readers to stop.) The proper name for this trope is "charactonym".

When additions or alterations to names signify stronger versions of said beings, that's Tiered by Name. Compare Named After Somebody Famous, They Call Him "Sword". Contrast with Non-Indicative Name. Also compare/contrast with Ironic Name. See also Names to Run Away from Really Fast (which is about names indicating power and villainy and heavily overlaps with this trope), Punny Name (which many of these names fall into) and Dead Guy Junior (when the naming is intended to symbolize a deceased in-universe character's legacy in some way).

Example of:
Loves Only Gold