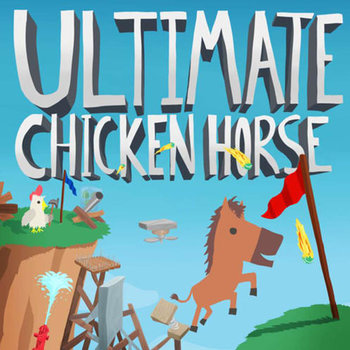 Created by Clever Endeavour in 2015, Ultimate Chicken Horse is a party Platform Game where the aim of the game is to build a course then jump your way to the goal. Up to four players contribute to building a course by each adding objects that can help, hinder, or both on each player's quest to reach it.

you are the ULTIMATE
TROPER