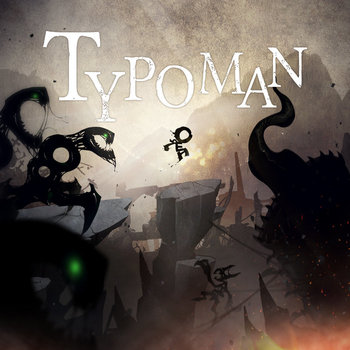 Typoman is a 2D Puzzle Platformer game released in 2016 initially exclusive for Wii U, but was released on Steam, Xbox One, and Playstation 4 as Typoman Revised with a release on Nintendo Switch following in 2018. You play as 'HERO', as in the letters forming the word 'hero'. Gameplay consists of the usual jumping with grabbing/lifting along with more unique elements like moving letters found in the world to form words. These words (usually nouns or verbs) will effect change on the world, for example, forming the word 'on' will activate a machine nearby and 'tilt' will rotate something nearby, provided that you form the word near enough the object. Objects in the world will have the word for what they are on them, elevators will have 'ELEVATOR' on them moving platforms will have 'PLATFORM' on them.