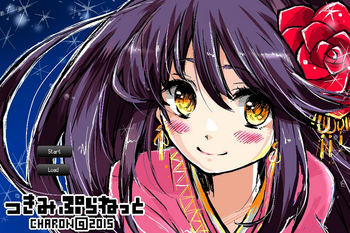 is a freeware 2015 RPG Visual Novel-styled game made by Charon.
Advertisement:

Utarou has just been told that he has a short amount of time left to live. As he's letting the news sink in, a girl named Tsukimi shows up by his window and offers to grant him any wish he has. What will he wish for and how will it turn out for him?