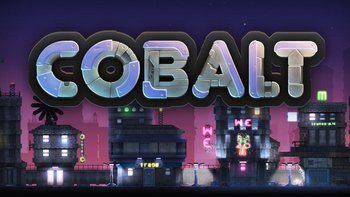 Cobalt is a Platform Shooter by Oxeye Game Studio, developed in collaboration with Mojang and music by Anosou Music. You play Cobalt, a kind of cyborg called a Metalface, running and rolling around a map shooting things. It was released for PC, Xbox 360 and Xbox One on February 2nd, 2016.