With all the High-Pressure Blood and the Cruel and Unusual Deaths, Saint Seiya is chock full of this. Kurumada and Co. can come up with such things... 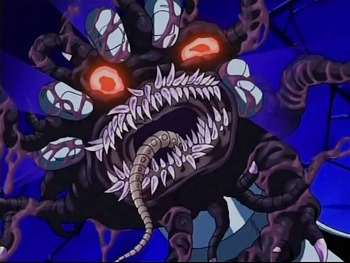