Saint Seiya is mostly a serious anime but there are some times where it's more light-hearted. 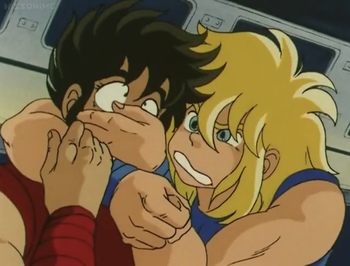 One of the only times you'll see the boys look goofy.