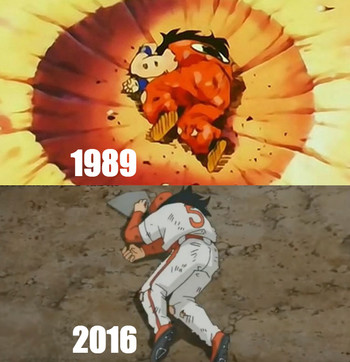 Even when he wins, Yamcha is still a loser.
Advertisement:

Being a series defined by Might Makes Right where many fighters are overshadowed by the Saiyans, it is no surprise that many characters are best known for losing fights.