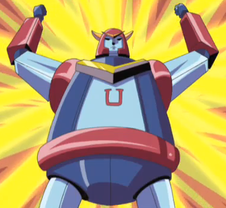 The dub makes a radical decision to apply stereotypical, pretty offensive accents for each respective country, something that ADR directors usually try to avoid. This, along with the changes made by the translators that introduced new jokes, insults, and odd voices, resulted in some new memes, such as: