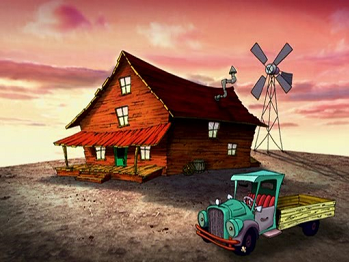 A location that for all intents and purposes has its plot- and character-related oddness self-contained to a specific area.

Even if this is in or near a big city, no one outside of a seemingly arbitrary area ever seems to notice or mind. This lets characters essentially self-govern their own location and allow any collateral damage or odd phenomenon to occur without major incident.

If weird stuff keeps happening here anyway, see Nothing Exciting Ever Happens Here. In most such locations, anyone not taking part in the plot itself is subject to the Weirdness Censor.

See also the Building of Adventure, which is often found in the Middle-of-Nowhere Street.