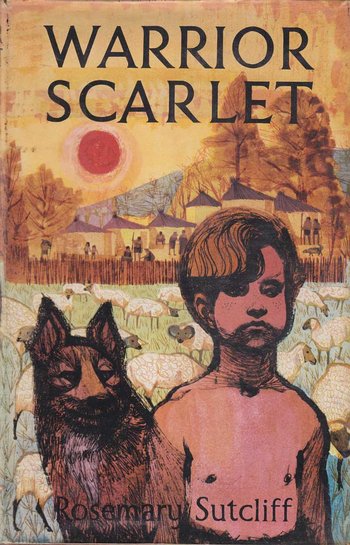 A wolf in sheep's clothing
Warrior Scarlet is a Young Adult Historical Fiction novel by Rosemary Sutcliff published in 1958, and her only novel set in the Bronze Age. It was shortlisted for the Carnegie Medal.
Advertisement:

Drem, a boy of the Proud Warrior Race Golden People born with a withered right arm, learns that he is expected to fail his Wolf Slaying Rite of Passage and be exiled to the Slave Race Half People. Also born supremely self-confident, he determines to become a warrior so great that his tribe will never again question his right to wear the Warrior Scarlet.