Literature / A Darkness More Than Night 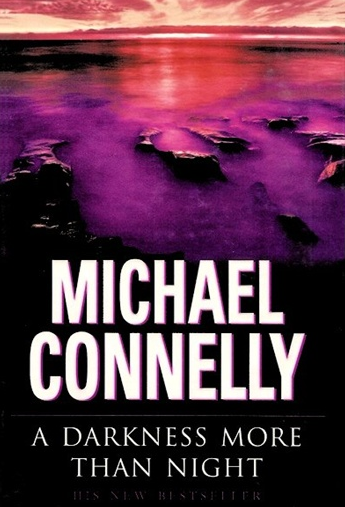 A Darkness More Than Night is a 2001 detective novel by Michael Connelly.
Advertisement:

The two protagonists are LAPD Detective Harry Bosch, Connelly's most frequent main character, and Terry McCaleb, hero of previous Connelly novel Blood Work. The novel starts three years after the events of Blood Work. McCaleb is now married and the father of a little girl, with a prosperous charter fishing business on Catalina Island, but he is dissatisfied and yearns to get back into the crime-fighting business. Conveniently, he is asked to lend his expertise to an unsolved murder case. A dirtbag named Edward Gunn is found to have been murdered in a highly ritualistic manner. McCaleb winds up zeroing in as his main suspect on a homicide cop who was frustrated in his attempts to nail Gunn for murder years ago—none other than Detective Harry Bosch.

Bosch, meahwhile, is the lead detective in a high-profile murder trial involving Hollywood film director David Storey, who is accused of murdering a young actress. When he finds out about Terry McCaleb's investigation, he soon sniffs out that he is the target of a frame job meant to benefit Storey.

This novel supplied the main plotline for the third season of Harry Bosch TV series Bosch.