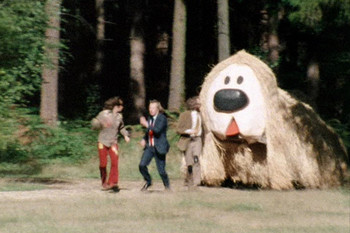 The sort of lunacy that usually happens on this show.