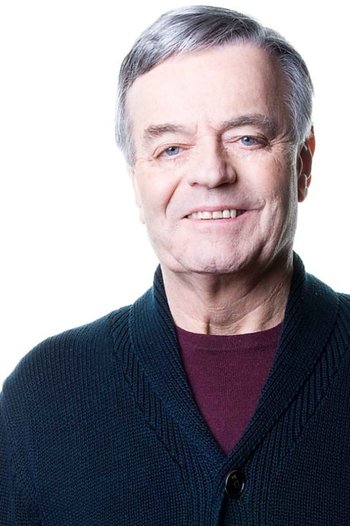 Godber: I'll have you know they're piping Tony Blackburn into the kitchens now!
Fletcher: (cynical) Yeah, they tends to take the point of view that we're in prison to be punished!
— Porridge', circa 1977
Advertisement:

Anthony Kenneth "Tony" Blackburn (born 29 January 1943) is a veteran radio presenter and disc jockey whose career began on the Pirate Radio ships operating outside British territorial waters in the 1960's. In mid-1967, shortly before the pirate stations were closed down by the British governmentnote except Radio Caroline, which stayed on the air for a while, and later made lots of comebacks before going legit in the 1990s, Blackburn moved to the BBC Light Programme. Later he became the first voice to be heard on BBC Radio One on its establishment at the end of September that year (the first song he played was The Move's Flowers in the Rain). He was also a frequent presenter of Top of the Pops on BBC TV.

He left the BBC in the early 1980's when it was thought that his style of presenting was too old-fashioned for a youth-oriented radio station. Spurning the usual career move to the BBC's Radio Two, the haven for superannuated Radio One DJ's, Blackburn was lost to most of the country when he opted to go to local commercial radio. His avuncular cheesey style of presenting made him a natural butt for humour and parody, notably by comedians like The Goodies and Harry Enfield. (the Smashy and Nicey radio DJ characters are a portmanteau of old BBC presenters, including Blackburn).

Blackburn returned to the BBC after a long absence working in local commercial radio, presenting nostalgia show Pick of the Pops on Radio Two, appealing to older fans who remember him in his radio heyday. There was a massive popular outcry in February 2016 when the BBC management abruptly fired him, in the fallout from the Jimmy Savile scandal, in fiercely contested circumstances. While there is no suggestion Blackburn was ever involved in any improper behaviour with under-age girls, the sacking reason appears to be a difference of opinion concerning evidence he may or may not have given to the investigating authorities. After a massive protest from fans, Blackburn has been reinstated with a Friday evening nostalgia show giving him free rein to be as large and hammy as he possibly can be.

In July and August 2018 he appeared on television in the light hearted celebrity reality show Celebrity 5 Go Caravanning alongside fellow celebrities Colin Baker, Todd Carty (replaced by Brian Capron in the third episode), Sherrie Hewson and Sonia as they toured some of the UK's most spectacular countryside in two towed caravans.

This radio presenter's career involves examples of the following tropes: