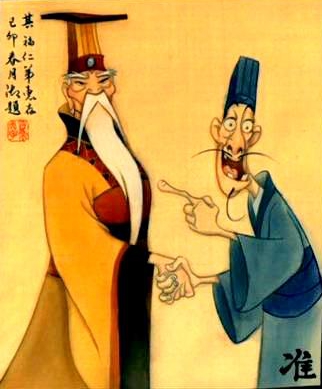 "Oh, look at this. We've got a grade-A suck up. Good to know, good to know."
Advertisement:
Well... not exactly, as that's to be expected since the story is set in Ancient China. At least the Emperor took it well.