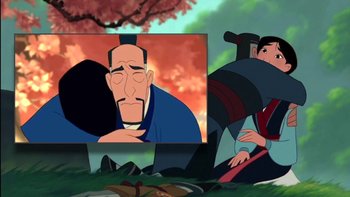 The greatest gift and honor is having you for a daughter.