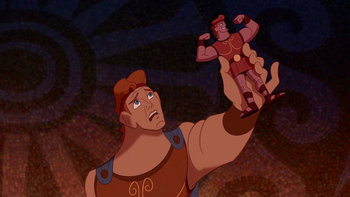 "But, father, I-I-I've beaten every single monster I've come up against! I-I'm the most famous person in all of Greece! I-I'm-I'm- I'm an action figure!"