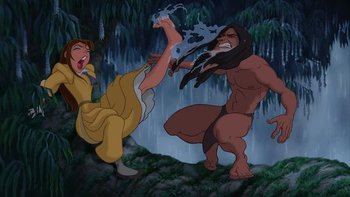 Our love story starts as all do: with a young British woman kicking a man with a loin cloth in the face.