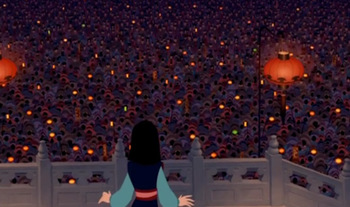 All of China gives their thanks to Mulan.