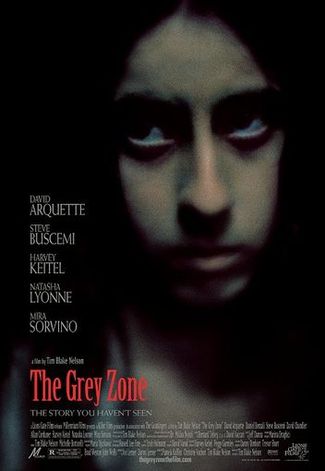 "We can't know what we're capable of, any of us. How can you know what you'd do to stay alive, until you're really asked? I know this now. For most of us, the answer is anything."
— Hoffman, talking to the girl
Advertisement:

The Grey Zone is a 2001 Holocaust movie set in 1944. It is based on personal memoirs of Dr. Miklos Nyiszli, a Jewish doctor from Hungary and personal assistant to Dr. Josef Mengele at the Auschwitz-Birkenau extermination camp. The movie focuses on the rebellion by the Sonderkommando, Jewish prisoners who worked in the gas chambers and crematoria.