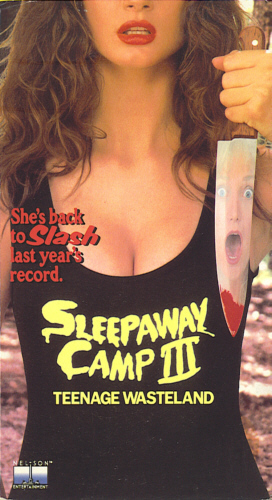 "It seems every year I'm at camp someone loses their head."
— Angela
Advertisement:

Sleepaway Camp III: Teenage Wasteland is a Black Comedy Slasher Movie released in 1989. Shot back-to-back with its predecessor, it follows Angela infiltrating a group of campers to continue to exact her brand of "niceness".

Another sequel was made... but not without problems.