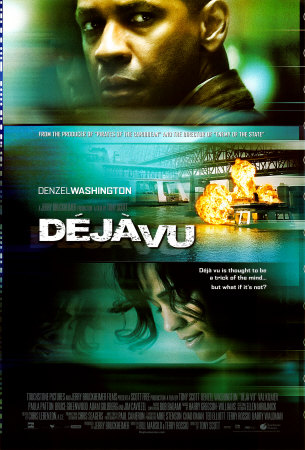 Following a deadly ferry explosion on Fat Tuesday that kills hundreds of US Navy personnel and their families, New Orleans ATF officer Doug Carlin (Washington) finds the body of a woman near the wreckage who appears to have been tortured and killed before the ferry explosion.

While pursuing the evidence, he is recruited by another government agent (Kilmer) who brings him to a small team that has a machine that can view anything in New Orleans four days and six hours in the past, which they hope will help them find the killer. When Doug eventually figures out how the system works, cue the Time Travel Tropes.