Fanfic / A Wolf Amongst Lions 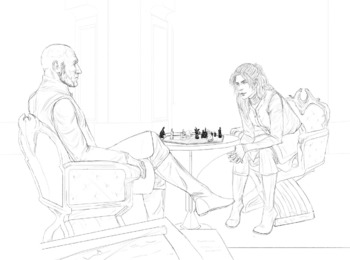 . Used with permission.
Tywin Lannister discovers the true identity of his cup bearer at Harrenhal. Now, with another bargaining chip in his possession, he has a chance to turn the war. Arya Stark, despite her best efforts, falls back into the Game of Thrones. To survive in a lion's den, a wolf has no choice but to adapt.
Advertisement:

Littlefinger informs Tywin Lannister that the latter's cup bearer is Arya Stark, resulting in the girl becoming a hostage and forcing her to play the game of thrones to survive, while also forming a father-daughter bond with the Old Lion.

It stands, completed, at 108 chapters, and can be read here