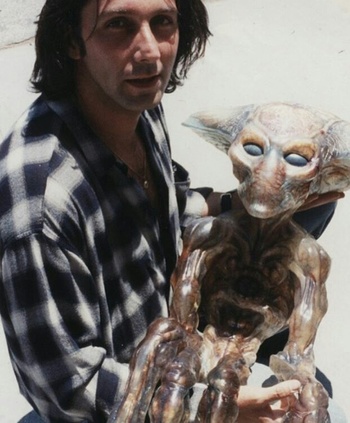 He has worked on the designs of sets, props, vehicles and creatures of a number of high profile Fantasy and Science Fiction films in Hollywood since the early 1990s. He made his directing debut in 2009 with Underworld: Rise of the Lycans.

He's also been a jury member in two seasons of the makeup and special effects-related Talent Show Face/Off.

Films he has worked on include:
Advertisement: