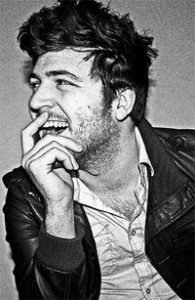 Olan Rogers (born June 11, 1987 in Nashville, Tennessee) is a film-maker, photographer, and comedian from Tennessee well known for his work with The Balloon Shop and his other channel on YouTube. While mainly making comedic shorts, he also dabbles in experimental short films and music videos. He has recently been rising in YouTube fame for his miniseries The Last Scene,

and soon to be Pop Rocket.

The Last Scene is an Affectionate Parody of action movie ending cliches, while New Prime is one of Science Fiction. Both are well-known for their sharp yet bizarre wit as well as being surprisingly cerebral. He's also a major Cloudcuckoolander and Nice Guy.

He is not, however, an astronaut, geophysicist, nor a dragon slayer. Here is his website,