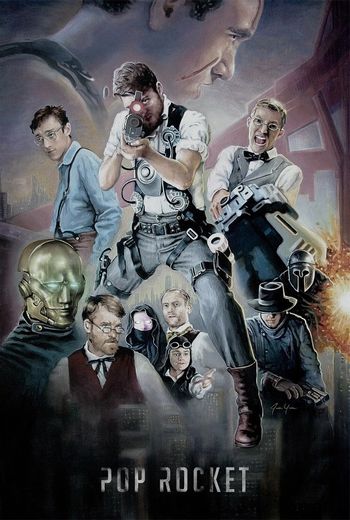 Virgil Grey gets a call one night from a mysterious man who claims that his father, killed by his robot partner, is alive. Virgil brushes it off until he hears his father's voice trying to warn him. The man on the other side tells Virgil that if he wants his father back he'll have to break the robot that killed him out of prison. Virgil is soon joined on his quest by his best friend and childhood enemy. Hilarity Ensues.

The first episode can be seen here