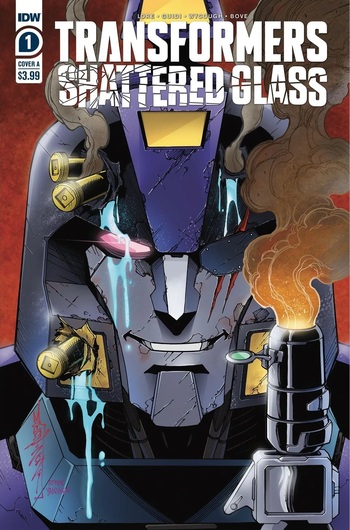 This is not your father's Blurr. He's worse.
Advertisement:

You know the story: The Autobots wage their battles to destroy the evil forces of the Decepticons.

But in this backwards world, it's the opposite.

Welcome to Shattered Glass, in this universe of evil Autobots and heroic Decepticons, Megatron's freedom fighters try to escape Optimus Prime and his tyrannical Autobots. Wait…what?

A 5 issue mini-series titled Shards, shows us a glimpse of this backwards world.