Villains that have appeared more than once in both series. Often facing the monks on their own terms or teaming up with the bigger villains in the series. 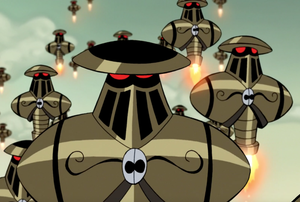 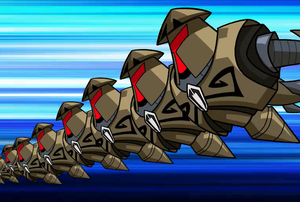 A seeming endless legion of robots built by Jack Spicer, whom serve as his minions throughout the series. While typically shown with one uniform design, Jack-Bots can be redesigned for specific needs or circumstances. They are usually the ones who bear the brunt of the monks or other character's attacks.

A girl who met Jack Spicer at one of his parents' parties. After Jack failed in acquiring the Golden Tiger Claws, she joined him and Wuya on the Heylin side. She shows her affinity for cats by dressing up in a costume that consists of a form-fitting catsuit with heeled boots, a head cover, and cat ears. 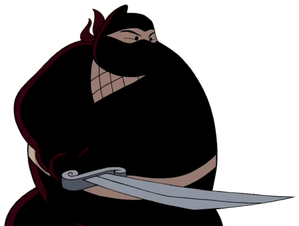 An extremely overweight, but surprisingly agile ninja that is promised by Wuya and Jack Spicer that if he retrieves a Shen Gong Wu called the Sword of the Storm then he will be able to join the Heylin. 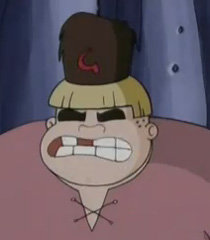 An extremely muscular vendor from Russia who infiltrates the Xiaolin Temple. 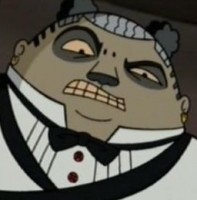 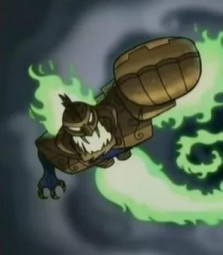 An ancient evil demonic warrior made up of the Helmet of Jong, the Heart of Jong, the Two-Ton Tunic, Jetbootsu, Fist of Tebigong, Third-Arm Sash, Shroud of Shadows, Eye of Dashi, Logi Kite, and possibly any other Shen Gong Wu he can acquire. 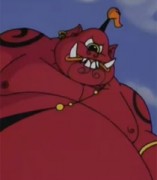 An enormous, fat, red, and dim-witted giant monster. He has no depth perception, and his only good points are his immense strength and dark power eye beams.